The city of Amsterdam is compact and many sights are within walking distance of each other. Nevertheless, it is wise to make use of transport during your city trip to Amsterdam. In this article we provide tips and advice for travelling within Amsterdam.

Amsterdam is a great city where the distances between attractions, museums and events are relatively small. Nevertheless, it is wise not to walk everything during a city-trip. Amsterdam has several transport options that allow you to get from A to B quickly and inexpensively. 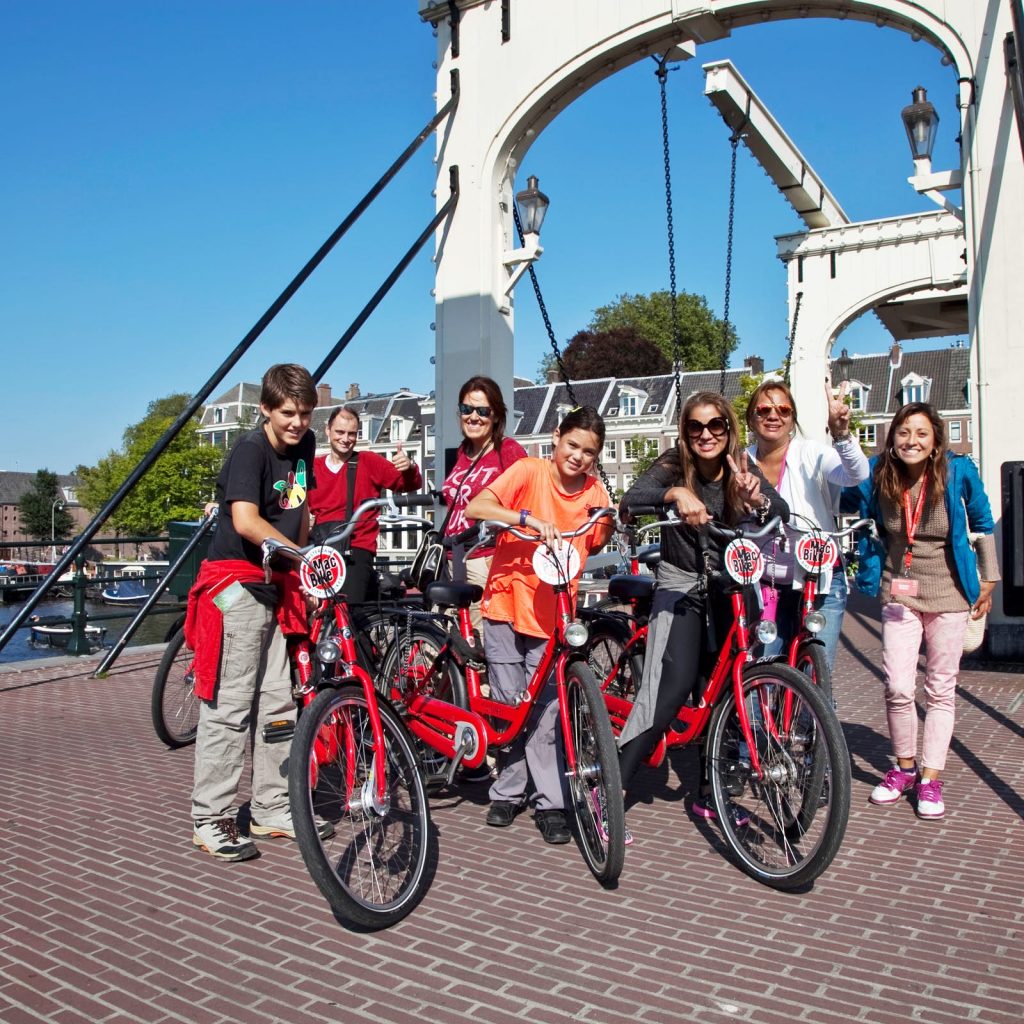 The most popular way of getting around in Amsterdam is by bike. In fact, there are more bicycles in the Netherlands than inhabitants. A bicycle will quickly get you from one end of the city to the other and on the way you will experience the city at its best. There are several locations in Amsterdam where you can rent a bike for a reasonable price.

One of the best bike rental companies in Amsterdam is MacBike. For just € 5.00 you can rent a good bike to discover Amsterdam. They also have four branches in the city centre, so there is always a MacBike near you.

MacBike has branches at the following locations. Book your rental bike directly online.

Would you like to use all public transport in Amsterdam, including transport to and from Amsterdam Airport Schiphol? Then the Amsterdam Travel Ticket is the best choice.

The most comprehensive public transport ticket is the Amsterdam Region Travel Ticket. With this ticket you can also travel to popular locations in the Amsterdam region, such as Zaanse Schans, Volendam and the beach.

The inner city of Amsterdam is not suitable for much car traffic. The car is therefore banned from the centre as much as possible. Parking charges in the centre are high. Of course, it is possible to take a taxi. Nevertheless, transport by car within Amsterdam is not recommended. If you are travelling outside Amsterdam (to Amsterdam Airport, Zaanse Schans or Volendam, for example), a car is a good means of transport.